Posted on October 16, 2012 by rocksinmypocketsthemovie

One of my favorite festivals is Woodstock Film Festival – not because it takes place in the town that people only half appropriately call Hippie Capital of the World, but because it is run by wonderful movie-loving experts. Actually, the most important word in the  term ‘movie-loving’ is ‘loving’ because Woodstock Film festival team is very loving. Their love extends from movies to filmmakers, and from there – to filmmakers’ lovers and pets, and to ordinary people as well…. Wonderful love of Woodstock!

While at the festival I used my camera sparingly, as I wanted to be in the moment rather than frame the moment and freeze it, so I don’t have that many pictures, just a few.

Here’s the picture of the greeting poster at the entrance of the Town. You can see that despite their notorious fame Woostockians can be just as patriotic as the town next highway exit. 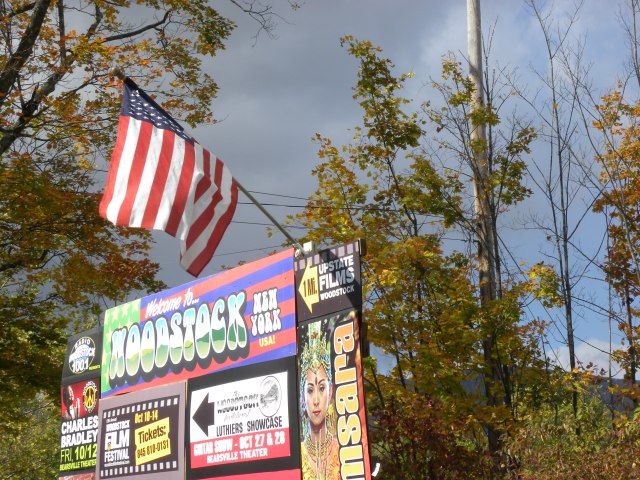 The next thing you see is a note to all filmmakers – go to the festival Headquarters!

On your way to Colony Cafe you get to see all kinds of strange things, like this car:

Apparently, this car is linked to Facebook with the help of Analog Digital Magic because you can “like” it in analog fashion. Amazing! 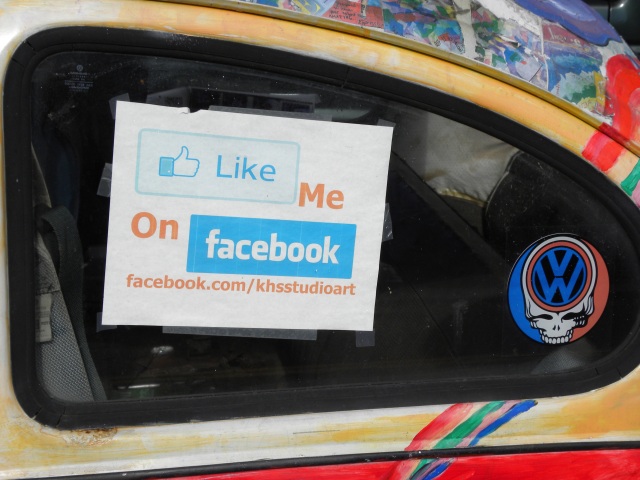 The next wonder waiting for me in the Woodstock street bushes was the Pussy Guitar. Any other major of any other US town would give at least a pause before allowing passers by to be exposed to such obvious pornographic image. A major of Woodstock is not afraid of pussies! YES!

When you finally arrive to Colony Cafe which serves as festival Headquarters and Hospitality suit you get to sit by a real fire place: 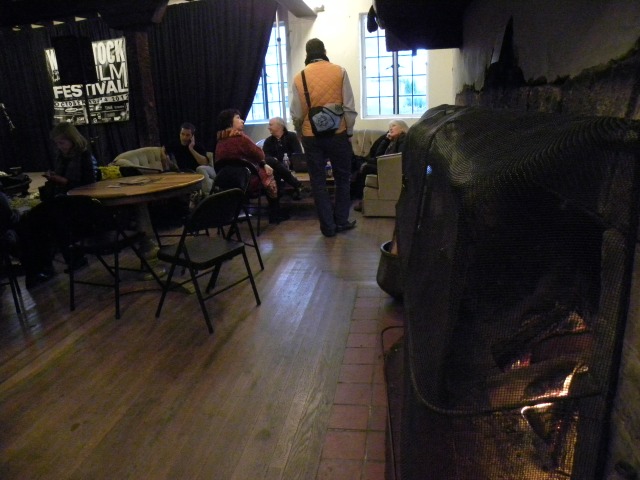 There is a delicious food cooked specially for you by Mary Ann: 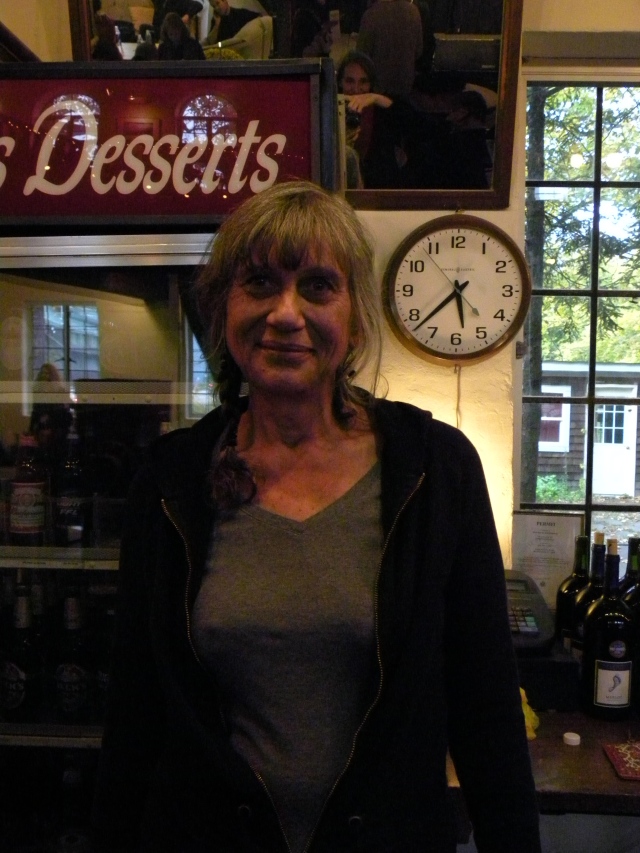 After strengthening myself with fire and food I attended 3 panels: 1) on how to use Facebook to promote your film 2) on indie film distribution (DIY, digital vs traditional distribution) 3) indie film financing

The most informative, amazing, helpful panel was the one about Facebook. Film marketer Reid Rosefelt laid down in front of us the basic principles of how to use Facebook to our film’s advantage. I almost fainted, so much information! Please look him up – he has a blog and a Facebook page (of course) and he posted there a lot of information as well.

The distribution panel had several experts from digital distribution platforms and a few represented traditional distribution. It was fun, but it did confirm my basic suspicion that DVDs are on their way out, that theatrical release of an indie film means less and less and that VOD might be the future, but no one really knows that for sure, except for the charming 6 year old panelist Lulu (John Sloss daughter) who was convinced that in 20 years there will be no DVDs and that people will go to movie theaters less and that we will watch everything we want to watch at home downloaded from the Net. I forgot to ask her what will happen with consequences of Global Warming, how will we address Global Poverty, Energy Crisis and if we in US will still have some basic health insurance in 20 years. She would have known.  I love when people know for sure.

The panel on Raising Funds also covered the ground we already knew – that the crowd-funding is the way to do it. Since the panel had a lot of lawyers and producers they went deeper into the contracts and deal types, but that didn’t concern my small operation, because in order to sign a contract one has to find a producer but I am the producer of my own film so I didn’t feel the pressure to sign a contract with myself. Unless I discover tomorrow that I have a split personality – then I sign the contract ASAP. But it was great to see a young fresh female face on the panel – Kickstarter’s film program director Elisabeth Holm – who had a lot of interesting things to say about how Kickstarter operates (she said 3 times it was in the ‘gray zone’ – on taxes and other legal issues).

With my head swollen from all the info I went to a party and had wine.

The next day my head was free from all the info but was swollen from wine.