Posted on April 12, 2011 by rocksinmypocketsthemovie

“On Love and Afterlove. Story 5” will come next week. There are two more parts that you will read, of the love’s unexpected twists and turns.
But today I wanted to share with you some pictures, the ones that I prepared for an auction at the fundraising event that is coming up soon. Originally they were painted (acrylic) and scanned in to serve as backgrounds for the film. Then I thought what if I painted a character on top and sold the painting to raise money for the film? $200 each.
Does it seem fair to you?

Here’s the first one – “Bunny and Shadow” – Bunny is puzzled why a straight tree has twisted shadow, and where is his own: 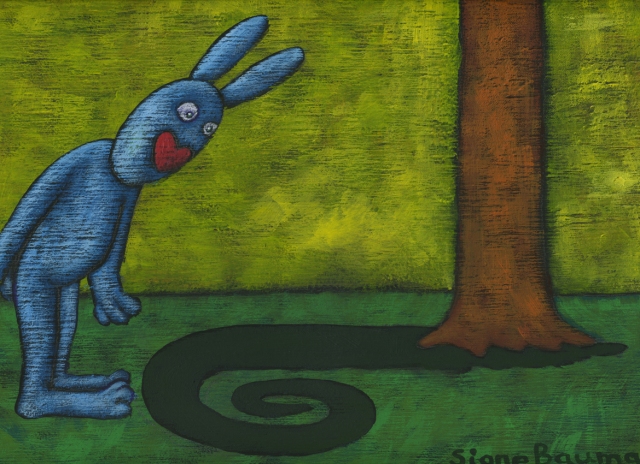 “Bunny Bath”: it is actually a swamp, so technically it would be mud bath. Either way, it is good for you: 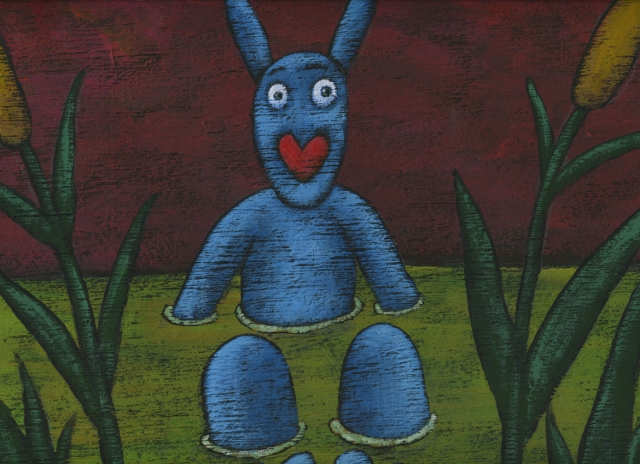 “Bunny Pink Sky” – the film’s main character carries the bunny through the dark of the night. The painting already left for Australia: 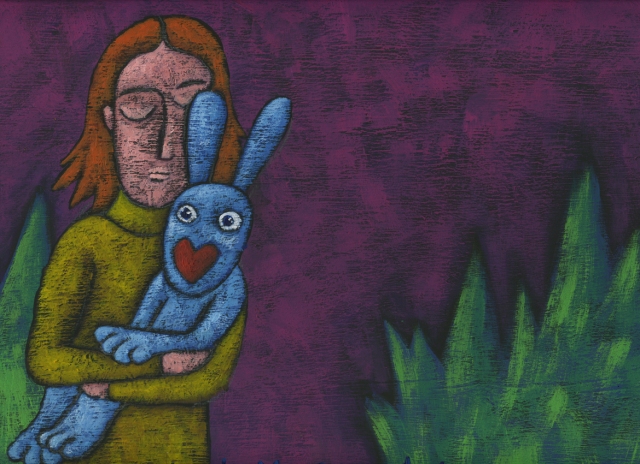 “Bunny Talk” – sometimes having just one bunny is not enough to have a bunny talk: 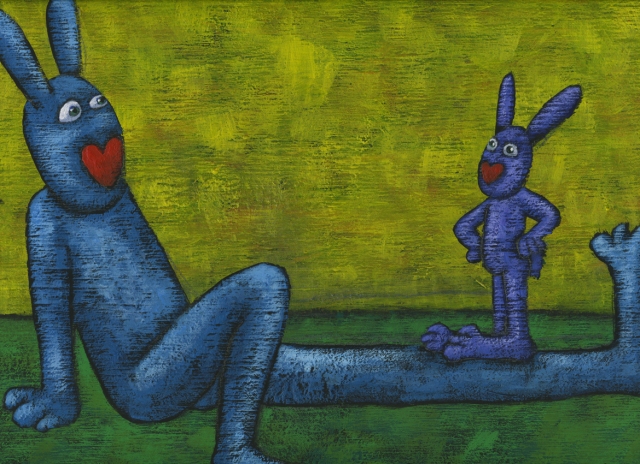 “Serenading Wolf” – when he is after you, you might think the wolf wants to eat you, but what if he just wants to sing you a lullaby: 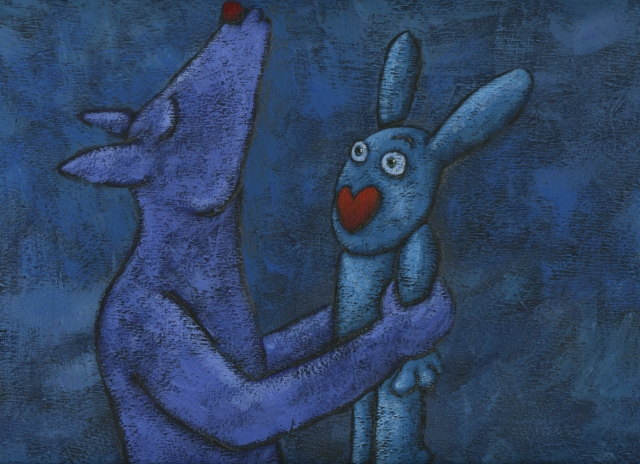 “Wolf” – wolves have so much more to offer than just sharp teeth. The painting went to UK: 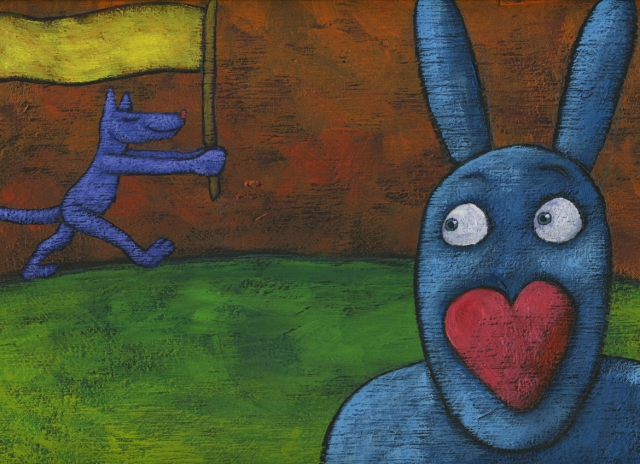 I was born in Latvia, educated in Moscow, live in New York. I have made about 14 animated shorts so far.
View all posts by rocksinmypocketsthemovie →
This entry was posted in Fundraising, Greeting Cards, The Work in Progress, Uncategorized and tagged bunny, colors, illustrations, pictures, wolf. Bookmark the permalink.